Writing in Deep Point of View 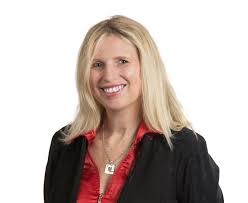 Deep Point of View (Deep POV) is a term being discussed by those in the know – agents, publishers, authors – so it’s worth taking a moment to understand what it is. Blogs and author posts confused me at first. One said – it’s to write ‘leaner, meaner, cleaner and faster’ but then every example given was longer than the original sentence!

I’m going to share with you what I’ve come to understand about Deep Point of View. I believe that Deep Point of View is a form of show not tell that strips the author’s voice out of the writing to portray scenes from the character’s viewpoint. When done right, it establishes immediate rapport with your reader.

There are three keys to writing in Deep POV:

Redundant words get in the way of your prose and slow the reader down. Because they don’t contribute any forward movement or essential information, you are better off removing them whenever you can.

Some commonly used unnecessary words are: but, then, to the, and, almost, instead, continued, began, back, considered, regarded, wondered, saw, heard, hoped, realised, smelled, watched, touched, felt, knew, decided, just, really, to be, reaching, suddenly, that, you know, up, down, in, out, anyway, even, quite, rather. (Okay to use in dialogue).

Jim stopped the car in the middle of the road. ‘I want to go bungee jumping,’ his eyes sparkled with the fervour of knowing.

Jim looked into his wife’s eyes and smiled, a knowing smile – he would change her mind.

I’ve always been a bad manager of time. It just seems to speed up when I’m not watching, the seconds tick faster than other peoples’. When I skulk in late, I can see it on my team’s faces, I can feel it in their stares. I know how they see me; a complete arse, arrogant enough to expect the world to wait, when really, I’m just optimistic with time. (Source Kylie Kaden author of Losing Kate and Missing You).

She ran to class, and barged through the door. The only thing that mattered was seeing him. Seeing his smile and his amazing face. When she did, she knew; he was her world.

This is Not Deep POV:

Cate felt pain shoot up her leg and wondered how long it would take the venom to reach her heart. Onlookers watching the zookeeper could see she was in trouble. A quick-thinking bystander called an ambulance, while another ran to the park’s entry to raise the alarm.   (This is the author describing the scene).

This is Deep POV:

Pain shot up her leg. Her hands clamped around her thigh and a groan burst from her mouth. The poison burned an insidious path towards her heart. Her eyes widened, pupils dilated. She needed an ambulance. Now.

(This is the character’s view. It’s what’s happening to her body as it happens, and then her thoughts as they go through her mind).

Hope I’ve inspired you to explore writing in Deep POV because one day your editor might read your manuscript and reply ‘love it, but could you re-write your whole book in Deep Point of View please’.

Carolyn Martinez is the author of Finding Love Again, and Inspiring IVF Stories.