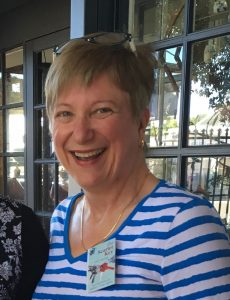 Author of the beautifully written ‘Baby Farm’ and ‘The Scarlet Key’, Indie Author Debbie has practical advice for editing, which she likens to getting rid of head lice.

In my experience, ridding your work of cliches, repetition, banal words, limp similes, and typos is as painstaking as zapping head lice … only a whole lot harder. You need to zap all the words you routinely over-use or are just plain lame out of your manuscript. The words on my personal lame-list are ‘very’, ‘always’, ‘like’, ‘really’, ‘just’, ‘quite’ … and so on. You get the idea. Everyone will have a different list of feeble or threadbare words.

Your first book Baby Farm started out as a factual piece about forced adoptions in Australia in the 1970s and ended up as a crime mystery about baby trafficking. How did this happen?

There’d been an Australian Senate inquiry into the draconian government policies of the 1950s, 60s and 70s that saw newborn babies forcibly removed from their unmarried mothers and put up for adoption. Submissions were requested from mothers and their children, and anyone else who had an interest. Hundreds were received. Some were one-pagers in faltering handwriting, some were long and heart-wrenching, some were professionally written by church and charitable organisations who were the chief providers of ‘care’ for pregnant teens. 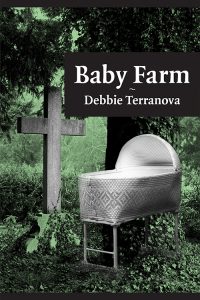 The ABC picked up the story and produced a 4Corners documentary called Given or Taken? Do watch it. Be warned though, you’ll need a box of tissues.

What struck me most was the anguish the women had suffered over so many years. One said she’d knitted her son a jumper, one every year, from the age of one to the age of twenty-one. She kept them all so that when he eventually turned up – if he was still alive – he would know that she loved him.

The other thing that struck me about the stories was the secrecy and shame.

According to the evidence many women gave to the inquiry, the harder they argued to keep their babies, the more persuasively they were told they’d be hopeless mothers and their child would grow up a criminal.

Those stories formed the inspirational spark. The raw material was harrowing. I didn’t want to write a tear-jerker that went from woe to abject misery. I wanted to highlight the effects of the forced adoptions policy on those involved. And I wanted to update the subject matter, because the same thing is still going on today. Now it’s called commercial surrogacy, epitomised by the true story of Baby Gammy, the child with Down Syndrome born to a Thai surrogate mother and abandoned by his Australian ‘parents’.

In ‘Baby Farm’ those difficult themes have been transformed into a crime mystery.

How do you define success for an author? Are you successful?

In my opinion, success is when your work is ‘out there’ and enjoyed by lots of lovely readers, not only in your own country but also in other parts of the world.

Using this rather unwieldy yardstick, I am not yet successful but working on it. As an indie-published author, discoverability falls squarely on my head. The online market is a completely different beast from repositories of physical books. The challenge of how to crack into the former is what keeps me awake at night.

How do you research your books?

I looove Google and Wiki as first ports of call. The trove site of the National Library of Australia provides free access to 170 years’ worth of digitised newspapers, and the National Archives of Australia with immigration and internment records are pure gold. Beyond those, I call on personal experience – my travels have taken me to countless cities in Europe, Asia, the US, and within Australia – as well as working with people over a long career in recruitment and human resources.

The common refrain for writers is to ‘write what you know’. For that reason, my stories are set in places I know best. You may not be able to recognise the actual locations, as I’ve been known to change names to protect the innocent, but I know those places like the back of my hand.

Everyone has wonderful stories to tell. I often include snippets and anecdotes from people I’ve encountered on the way.

Do you have a favourite/s from the books you’ve written?

The story dearest to my heart is the one I’m currently writing. The working title is ‘The Enemy Within These Shores’. It’s about the internment of ‘enemy aliens’ – civilians of Italian, German and Japanese origin – in Australia during World War Two.

It is based on the true experiences of my father-in-law, Luigi, and his two brothers. All three were cane farmers, ‘captured’ in Far North Queensland and transported two thousand miles to the Riverland District of South Australia, where they were imprisoned for the duration of the war.

Currently I’m editing my third ‘first draft’. I hope to have it out before the end of this year.

When I’m writing, I aim for 5000 words per week. Why 5000? I read in Stephen King’s wonderful memoir/self-help book called ‘On Writing’ that he does 2000 words per day. As I write part-time, 1000 words per day is achievable. The most productive times for me are early mornings and early evenings. While I don’t call myself a fast writer, when on a roll I can bash out around 500 words in an hour.

How do you come up with new ideas that haven’t been written before?

Inspiration is a curious thing: it can come from absolutely anywhere.

The inspiration for ‘The Scarlet Key’ came from a shopping trip to Bunnings. In the coffee shop, I spotted a woman in her fifties with dozens of fresh tattoos. What would drive a woman her age to get inked all over?

What are your tips for aspiring writers in terms of character development?

Observe people around you. Listen to how they speak, watch what they do and how they react. Project yourself into the shoes of others. What conversations are going on inside your head? What senses – sight, smell, touch, hearing, taste – are triggered? How would you feel in the same circumstances?

What are you working on now?

Apart from ‘The Enemy within these Shores’, I’m toying with a series of murder mysteries set in the famous cities of Europe. The investigator is a mature-aged woman who employs quirky techniques to track down the culprits.

2 comments to “In Conversation with ‘Baby Farm’ Author – Debbie Terranova”