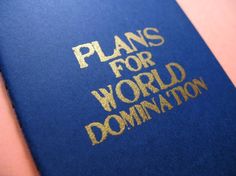 Now more than ever we need to support libraries. Let’s not lose them. Long live libraries!

The book industry as a whole as undergone a revolution.

The number of self-published books rose 72% from 2013 to 2018. With self-publishing on the rise, let’s hope those authors focus on quality to inspire confidence in the reading public. Unfortunately, this is not always the case.

With bookstores disappearing, Amazon dominating, un-regulated self-publishing on the rise – the industry is facing a crisis of epic proportions. Now more than ever I urge you to support your local library and bookstores.

Hawkeye Books has opened it’s quality-vetted service for Indie and Self-Published books to enable readers to browse with confidence. Only if it has a current listing have we conducted an audit.

The industry crisis has had a profound effect on writers’ incomes. Sadly, this leads to an erosion of quality.

In 2018, the Authors’ Guild performed the largest survey ever undertaken of professional writers in the US. 5,067 published book authors responded.

Median incomes of all published authors who were surveyed—including part-time, full-time, traditionally published, self-published, and hybrid-published authors—for all writing-related activities (including book royalties, guest speaking, teaching, editing, consulting) was down 3% from four years ago. Worse still, median income based solely on book royalties was down 21%.

Roughly 25% of authors surveyed earned $0 in book royalties during 2017.

‘More book authors, even those who consider themselves full-time writers, are forced to hold down multiple jobs to earn enough money to survive. This includes authors who have written books for decades and have survived on their writing in the past’ – The Authors’ Guild.

Only 21% of full-time published authors derived 100% of their individual income from book-related income.

‘Furthermore, the number of full-time newspaper and magazine journalists has declined by more than 60% since 1990 according to the Bureau of Labor Statistics.

‘The pay professional writers receive to create blog posts and other online content generally translates to well below the hourly minimum wage, despite the fact that 52% of the published writers surveyed have advanced degrees compared to 11% of the general population’ – The Authors’ Guild.

On the flip side, more people are writing and publishing books than ever before. 33% of those surveyed published their first book in the past five years, and the number of authors self-publishing books rose by 72% since 2013. Of course, this comes with good and bad in its unregulated status.

‘While mainstream publishers enjoy the cachet and increased sales that stem from publishing award-winning authors, in general they remain risk-averse, chasing “blockbuster” and celebrity authors. To land and keep these top-selling authors, publishers are forced to pay six-figure advances and then spend enormous resources promoting these books to recoup the huge outlays. This leaves fewer resources for mid-list writers—the 90%—where most literary fiction and non-fiction authors reside’ – The Authors’ Guild.

How do you feel about the dominance of Amazon and the decline of physical bookstores? Love to see your views in the comments section.

For me personally, I value the ability to Indie publish and be the master of my own destiny. The success of my books is solely dependent on how much effort I put into marketing and promotional activities. I value that control, and rate the fair royalty percentage of Indie publishing.

However, as a reader, I mourn the loss of physical bookstores. I used to love to browse the shelves. Now I find myself a regular visitor and avid supporter of my local library. Long live libraries.

If any readers are concerned about author income from royalties, rest assured, our public libraries are fair to authors – paying them public lending rights based on how often their book is borrowed.

Support your Indie and Self-Published authors focussed on quality by signing up for our newsletter.