Consciously Moving Towards Where You Want to Be 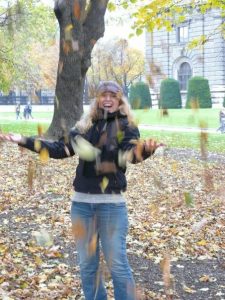 I listened to “Michael Doleman and the sinking of the Blythe Star” on ABC radio. By now you’d realise I am an avid listener to ‘Conversations’ so it’s no surprise that this is a source of frequent self-reflection for me. This is a remarkable story of survival which is well worth a listen to. He spoke highly of the ship’s Chief Mate, Ken Jones, who tragically died in the incident. He calls him ‘remarkable’, a ‘true leader’. What struck me were the words ‘….he took control…oozed confidence and leadership’. All too often we find ourselves drifting, especially in times of crisis. Situations like a natural disaster, death of a loved one, losing our job or being stuck in a dead end one, a breakup, or finding love again require us (command us) to take control, take charge, of the situation and take proactive steps to get to the place where we want to be.

I’m lucky enough to have a life coach. Peter runs his own company (Elephant Capability). He looks older than me but he is in fact younger than me (!), yet he steers me towards wisdom I didn’t realise I had. A coach won’t tell you what to do, but through clever conversation he allows you to figure things out for yourself. The answer lies within you. My online life coach works really well for me and my coach has made a huge difference to my life. I’m so glad I have one.

Recently, Peter drew me a diagram with a star at one end and a very shoddy stick person at the other. He said, here’s you (stick person) and here is the goal that you’re trying to achieve (star). There’s a vertical line somewhere in between where two forces collide, one set of forces push you toward your goal (star) and the other push you away (toward the stick person, the current state of play). The forces are either Enablers or Disablers to reach that goal. We listed these forces and agreed on maximising the enablers and removing (or sometimes ‘dialling down’) the disablers. In other words, do more of the things that move you towards your goal and do less of what takes you away from it. Pretty simple right? It is, but it all started with that first step – taking charge. Realising that something is not working, or that there’s an endpoint we want to reach and have not yet done so is the first step to achieving that goal. The rest is then up to us. This is why having a life coach by your side in times of self-doubt or self-confusion can help an individual significantly. The coach might not make any significant changes to your lifestyle or personality. Their goal, however, would be to make you see your potential and creativity, which is already inside of you.

I don’t think I’ve ever cruised through life but there have been times when I’ve been stuck in a rut, or drifted a bit. I usually meet with my online holistic healing coach when I feel a bit down to try and help me get through it. These are not fun times. I’ve always had good outcomes from taking charge and consciously identifying that I’m not where I want to be and (again) consciously acting to move toward the desired state, which is by definition a better state than the one I’m in. Simple? It is, but it requires conscious action. It requires taking charge.

Saul Martinez is an advocate for Finding Love Again. 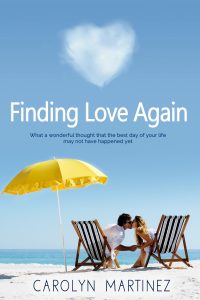